Very proud and honoured: our work in the Asasif on the finds from the TT 414 has made it into an Austrian newspaper – an article in “Die Presse” presented some information about the Ankh-Hor project (print version 06/04/2019, online since 09/04/2019), based on an interview I gave in Vienna two weeks ago.

On this occasion, I stressed the rich potential about the coffins from the tomb of Ankh-Hor – not only for establishing a typology for Ptolemaic coffins and for discussing coffin workshops at Thebes, but especially for discussing the diverse re-use of TT 414, burial chambers and coffins. The best example is of course the 26th Dynasty coffin Reg. No. 590 of Iret-her-rw, which was re-used by Wah-ib-re in Ptolemaic times. 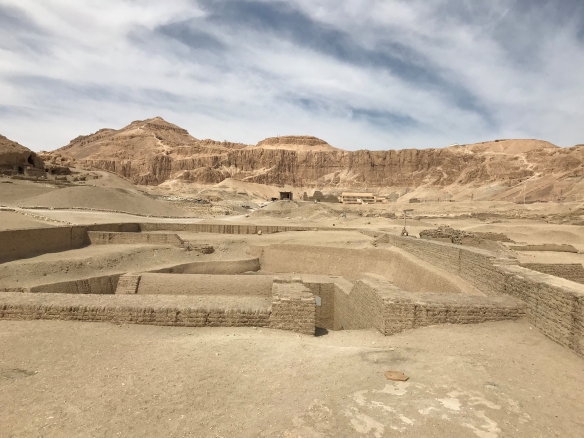 There are still plenty of information to unveil from the tomb of Ankh-Hor.

Media coverage like this article and also the recent blog post at DerStandard.at are very nice rewards for our busy and successful 2019 season – and it also helps to keep the motivation high. Among others, for writing proposals and applications which will keep me busy in the next months. Money does matter – not only for death and burials as you can read in the “Die Presse” article but also for researching complex burials like the multiple ones in TT 414.